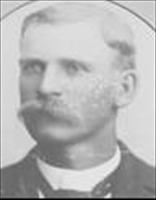 Marshal Charles P. Eyser Charles Eyser was killed in the line of duty on September 30,1916, during the investigation of a supply of illegal alcohol. Responding to a tip, Marshal Eyser had confronted two suspects and requested to search their room. They claimed they did not have a key and Marshal Eyser let them go.

Later that same day, Marshal Eyser again confronted the two suspects and when he attempted to search the two men, a gun fight erupted. Marshal Eyser was fatally shot through the heart.

“Big” John Swan was later convicted of the murder. On April 30, 1917, he escaped from the county jail and was never seen again. 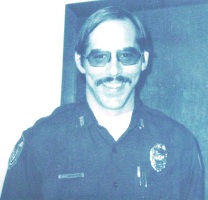 Officer Fred Rehmer Officer Fred Rehmer died in the line of duty on December 18, 1982. He was responding to a call where a deadly weapon was reportedly being used in an assault. Officer Rehmer was driving his patrol vehicle to the scene with overhead lights and siren activated.