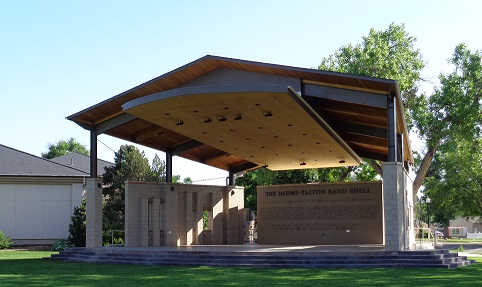 The Bandshell Fundraising Committee sold bricks during the community fundraising campaign, that generated more than $300,000 to construct the project.  The bricks have the donors’ names engraved on them and are a part of the bandshells donor wall.