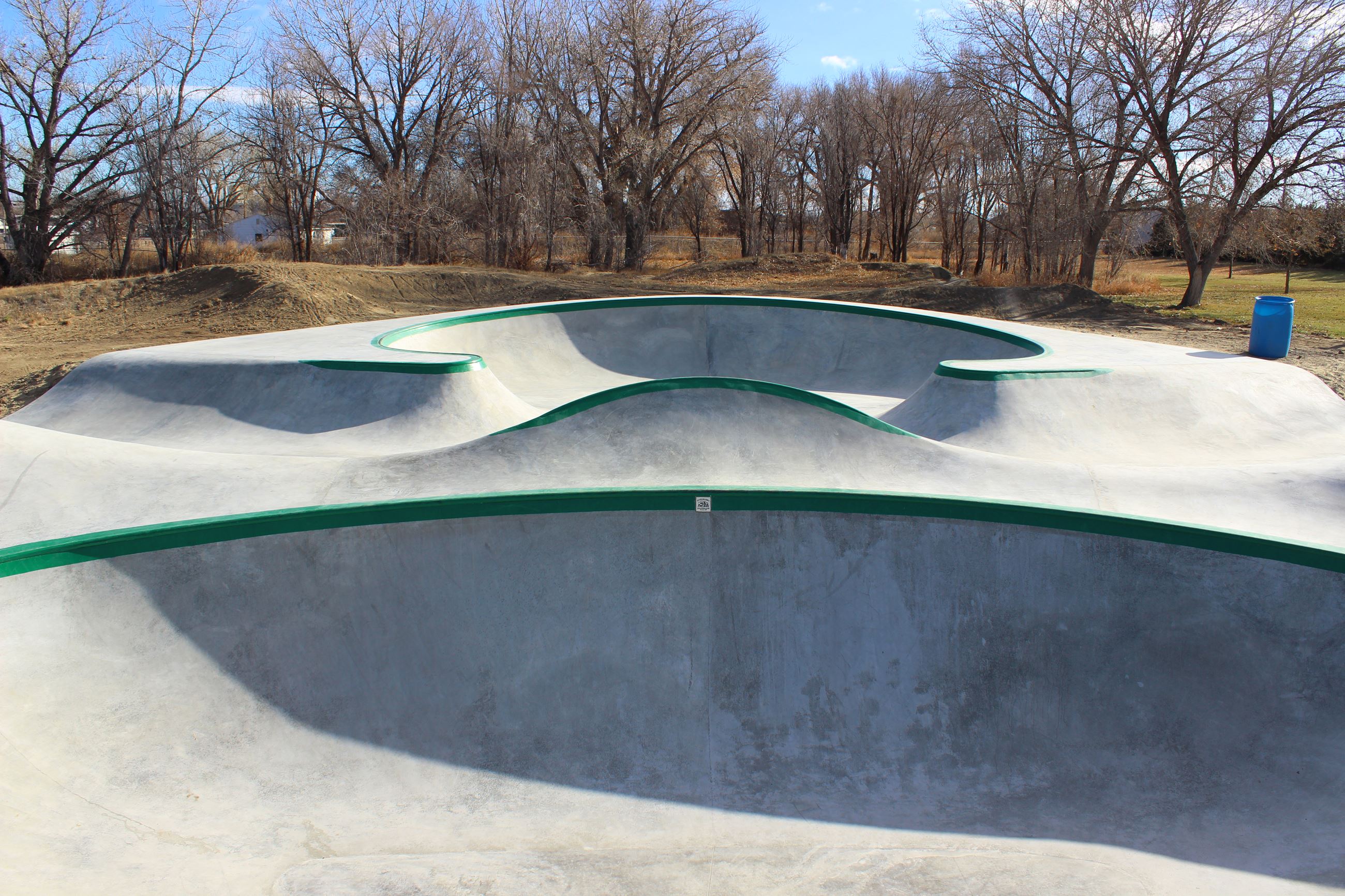 The park in the southwest section of town replaces the city’s outdated and underutilized skate facility in Old Fort Park off East Riverview Avenue. The new 7,500 square foot skate park includes the latest features and a design with a continuous flow.

The park was created by Evergreen Skateparks of Portland, Ore., which won the contract in a competitive bidding process. Evergreen has worked on more than 150 skate parks, according to its proposal, and strives to create parks that are fun for both beginners and experts while also being pleasing to the eye.

The construction of the concrete facility was wrapped up in early November 2017 but some additional work including landscaping of the facility and other finishing touches will continue in the spring.

The new skate park can accommodate not only skateboards but also inline skates, scooters and BMX bikes. The facility in Brenda Joy Park is located at the junction of Comanche and Cheyenne streets, a block east of Nelson Road in the southwest quadrant of Fort Morgan.